I have always journaled. For over 45 years now that I think on it. I began at about 15 years old and I’m currently 51 so. It has always been a passion for me. I have had a long love affair with the paper and the pen. It is my form of meditation and it is deeply embedded in my soul. I don’t feel whole if I have not written each day. I’ve had countless journals and my life is written down in many forms. I don’t only write. I paint, collage and draw as well. Whatever catches my eye, mind or heart ends up between the pages eventually. Here are a few of my current journals.

I am 48 and I sill wonder what love is. I have some ideas of what love is but at times I still wonder and I think its because every time I think I have it figured out I get knocked on my ass as God laughs and waves a preverbal finger my way saying “That’s not it”, you my dear have much yet to learn. And I know I do. I am a lover but I have a fair amount of fighter in me as well. I want to know things when I want to know them and I want to know them for sure. Love can’t be researched though, its the language of the heart and we are all just trying to figure it out in our own way. I know love is kind, patient, trusting and all that good stuff or at least its supposed to be that way. I am loving and I try to be kind although my patience sucks ass most of the time. This I know and have been told by several people. Still aside from those things, what is love to you?

To me it’s being there for the ones you claim to love.

Being honest even when you think it will hurt.

Trusting and keeping your word.

.Being faithful if it’s a relationship and treating the person as you yourself want to be treated. Of all of the other things I think this is what love is the most because if you treat others as you’d like to be treated yourself everything else falls into place.

What do you call love?

An empty page is an intimidating thing. I sit here before a blank screen just as blank. What to do? I have a blog and no feeling to write. This is a forced exercise to say something so I figure I will just speak to you all. It’s Sunday afternoon and I am in my office looking at everything that surrounds me.

I have a desk I bought in pieces, which my man helped me put together. It’s two horses and four planks and he screwed them in so it’s very sturdy. I drew all over it too. I find it beautiful and suits me to a t. I have my own printer/ scanner and typewriter. There are also a multitude of gadgets such as an ipad, iphone, samsung note 3, samsung 10.1 pad and a samsung chrome book. Suffice it to say that I don’t need anymore electronics. Life was simpler when I just had pen and paper. I found it so much easier to write. I came to the page with a pen and a dream, and I wrote.

It seems now that with social media it’s as if everything which needs to be said gets said throughout the day on twitter with its 140 characters, on instagram with a photo or on facebook with a combination of both so what would I have to say that you’d like to hear? What have I not said before?

I know! My life. That I have not said before and it is uniquely to me and so I will tell toy my life from now on. We will go to the very beginning as far as I can remember. This will be my story so no one else will have it. There will be no replications of it, it will be me in my entirety. I am happy to share. I shall give you me. I hope you’re ready because I don’t know that I am but I have waded into the water now and there is no going back. The life and opinions of elliebloo is now born. Like it or not.

I had to sit with myself today and really think about this. I usually pride myself on being focused and learning from my mistakes or just learning from daily circumstances that visit all our lives. I will admit that this question, although I know the answer has me scared to answer it because I know I have to be honest with myself. So.

What is a lesson I seem to be learning time and time again?

The lesson I seem to be re-learning often is to trust. I will admit it is hard, very hard for me to let go and trust. I find that for some of us, when we have suffered much trauma or drama whichever it may be that trust is the last thing we are willing to give. It’s quite difficult when you have fully trusted and been disappointed time and time again to voluntarily give the benefit of the doubt. Still I have learned that there are some worth taking a chance on. There are some people out there not looking to deliberately hurt me.

We have all been through and under it but isn’t it better to keep trying? Isn’t it better to open your heart and perhaps trust someone new. I’m by no means saying hey! let’s all be gullible, just to be a little more open than you were yesterday. I am a work in progress and I can’t say that I don’t have a long way to go cause I do. I am here though.

I am open and I am trying.

I have never been able to stay friends with an ex. I just never have seen the need or reason to. Some people are great at staying friends with people they’ve slept with and broken ties with at least the physical ones. I am not one of those people. I have never felt the need to continue a relationship with a man who has not worked out for me. After all there was a reason it didn’t work out.

To me, you’re an ex for a reason. I am not saying you’re a bad person because if you were completely bad we would have never had any kind of connection however for me, if we’re done we’re done. I wish you well but I also wish you to move on. There is no need to keep conversing with you about our past, what went wrong or what could have been. I have no need to be in your life or hear about your current possibilities with the new woman you’re with, but that’s just me. That is why I don’t understand these men or women who can’t seem to let go.

I see these people directly or indirectly following their ex’s on Facebook or twitter like prepubescent 12 year olds to find out what the ex is doing and who they’re doing it with. I see them altering their hashtags or statuses with hidden barbs toward the ex or even worst the new person in their life as if that new person had anything to do with the failure of their relationship. High school revisited.

I wonder if these ex’s ever stop to think that the new person has no idea nor cares about what happened with them? This new person is busy trying to make their own relationship work so let it go. I have never been one to harp on an ex, not even an ex husband much less an ex boyfriend. And I certainly am not going to blame the person they moved on with. What the hell do I have to do with them.

Still, I understand the feelings involved because I’ve been hurt and I am a woman. There are things that are hard to get over but I won’t be blaming anyone but the person I had the relationship with. I suggest making the right calculations before you call the other woman or man names or blame them for your failures. Place your anger and disdain where and on who it belongs or better yet cease and desist, move on and let it go. Grow up and move on.Nuff said. 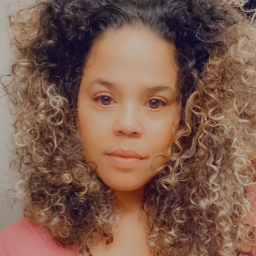 Learn more about an artist that makes music, paints, and creates photography.

Create A Better Version Of Yourself

All about how to run sweepstakes, contests, raffles, giveaways